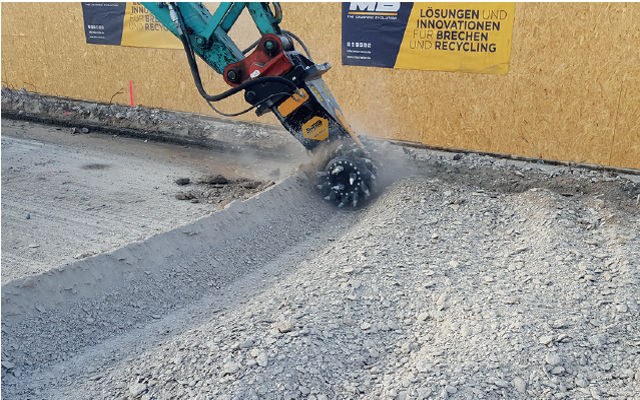 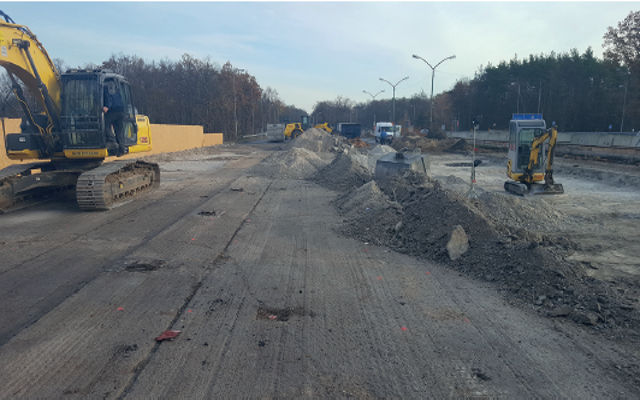 ERA GmbH has recently carried out demolition works on an old bridge in Berlin,
Germany, which is part of the A115 motorway.
Opened in 1938, the bridge had loomed over the motorway for years and finally reached the end of its life.

Among the equipment used by ERA to help complete the job were several MB Crusher drum cutters, including the MB-R800 (for 10 to 22 t excavators) and MB-R900 (for 19 to 35 t excavators).

These drum cutters were chosen in order to avoid too much stress on the structure, and they were employed after the primary demolition of the layers that made up the bridge.

The MB Crusher drum cutters are fitted with a direct drive twin motor system, which allows the differentiated distribution of power to the two cutting heads.

When operating on materials with varying hardness, the drum cutters will adapt and apply power to suit the hardness of the material. This results in improved stability and a reduction in stress on the excavator arm.

The demolition works were carried out in two steps: the first one was to remove a 36 cm-thick layer of cement, which was later used for filling operations as it was recycled without being contaminated with other materials; and the second step was for the demolition of a further layer of tar, destined for dumping, as it was contaminated material. ERA successfully completed the demolition works within eight days, without significant disruption to the traffic.