MB CRUSHER FINALIST AT THE DEMOLITION AWARD IN MADRID 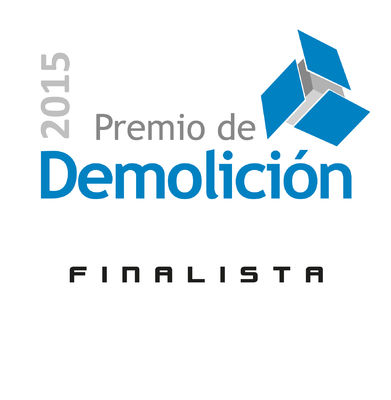 The growth of a technological culture capable of pursuing corporate strategic objectives and expanding their horizon progressively and uninterruptedly is the cornerstone of the Research and Development practices instituted by MB Crusher, the undisputed leader in the sale and production of crusher and screening buckets for demolition and recycling. In performing the strategic role as an industrial holding that increasingly characterises its operations, MB Crusher has set itself goals that are tangible and intangible, yet interconnected with strength and belief, which have rewarded it with yet another accolade at the international level at "Foro sobre deconstrucción", held in Madrid in September.

Thanks to its crusher buckets model MB-L160 (suitable for skidsteers, loaders, backhoe loaders) was finalist at the  "Premio de Demolición" of the "Asociación española de demolición" (AEDED).

And so MB's courage and strength were amply rewarded with an almost unexpected prize, which follows several other international awards won by the company in recent years.

An undoubtedly deserved prize which represents another step in the consolidation of the company's image at the global level: innovation, efficiency, a high degree of specialisation, versatility, safety and reliability are the factors which in the space of a few years have enabled MB to become an icon of research into design and technology in the construction and earth-moving industry.