What the future has in store for Q8 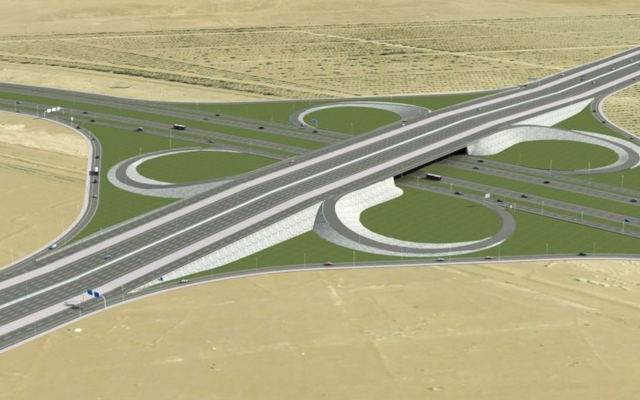 Kuwait - a small emirate nestled between Iraq and Saudi Arabia, a modern metropolis mingling skyscrapers, apartment buildings, and mosques. Its name “Kuwait” is derived from the Arabic diminutive of the Hindustani kūt (“fort”).

In time the small fort grew to become Kuwait city, the capital, known for its modern architecture, ranging from skyscrapers to the striking Kuwait Towers, water towers whose design recalls the tiled domes of a classic mosque. A city that, despite all, benefits from the partnership between its modernity and its solid cultural heritage, which dates back to antiquity.

The construction industry has played a vital contribution to the city flourishing, making recently an even further significant step forward. With many contractors having lastly decided to play a key role in contributing towards sustainable development.  They have begun taking advantage of some, of the many, unexplored opportunities linked with ready-mixed concrete (RMC).

The idea came by combining soil scarcity in the territory, with the wiliness to tackle the worsening waste management issue. A decisive breakthrough was made, setting a benchmark for a waste-to-wealth modus operandi.

For decades leftover concrete has been dumped, and let harden in extra-urban areas, creating extended concrete hills. Dumping was the most widely practiced method of disposal of concrete products, but all have now been replaced by reclaiming. 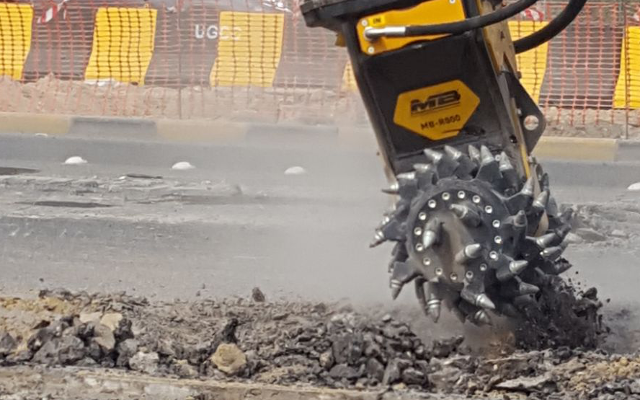 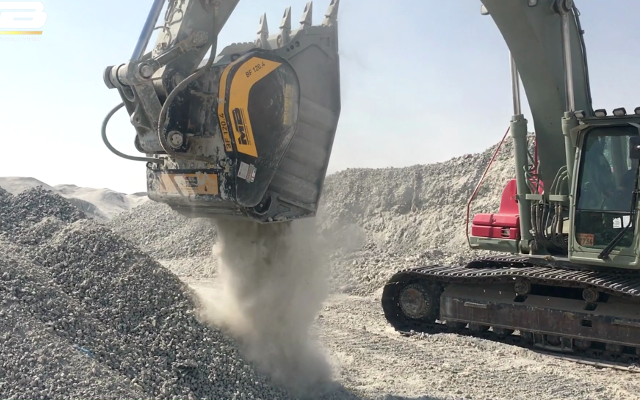 Overall it is one of the simplest methods, just by using an MB crusher Bucket BF120.4 on a Cat 336 D material is crushed and sold as base material.

Base material that is highly needed in the continuous roads network development. Shortage of supply material, was one of the main delays in the project completion but by integrating circularity into procurement, companies are now running on schedules.

Although a small country Kuwait has the need to alleviate traffic congestion and the traffic conditions in many areas. At the beginning of 2017 started the  7th Ring Road  western part development. This 22 km upgrade sees the drum cutter MB-R800 used as primary tool, due to its low vibration characteristics it represent a valid alternative to hydraulic breakers and road headers. It is able to make openings without damaging the surrounding material, or where large sections of concrete need to be cut into smaller sections for rapid removal, both on vertical and horizontal surfaces.

MB Crusher means an ever-expanding range of strictly certified attachments, suitable for any heavy equipment. The entire line it designed to reduce costs, processing times and material transportation, while contributing to the environment.

Smarter way to recycle as carried out in Kuwait permit to: reclaim land, which is in great demand for urban development, create wealth and improve lifestyle. Do your bit, get in touch with MB to enhance your heavy equipment.