France- The history of Cayeux-sur-Mer is intimately linked to the sea, as fishing and the pebbles for several centuries ensured the meals and incomes in Cayolais. Despite pebble represents a unique industrial hub, on this coastline, only a few companies today still exploit this pebble deposit, even if considered the purest in the world, with the particularity of being composed of 99% pure silica.

A forward- thinking  company has chosen the MB-LS220 screening bucket to separate and remove the sand from these marine pebbles. Installed on a Cat backhoe loader and equipped with a 70mm grid kit, the screener will sort the stones directly on the beach.

As they are the pebbles are used as sanding agent for ceramics and decoration. Transformed, they are used for water filtration, abrasive paper, reflective paint, cosmetics, decoration and so on.

Like all the others  MB screeners, the MB-LS220 is equipped with interchangeable modular panels, available in different size holes.

If it is the sea that contributes in forming the pebbles,  it is the MB-LS220 screener which participates in the sorting and selection of this blue gold,  in total respect of the environment. 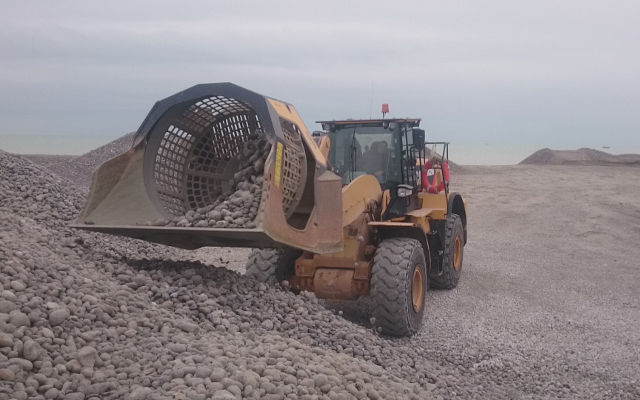 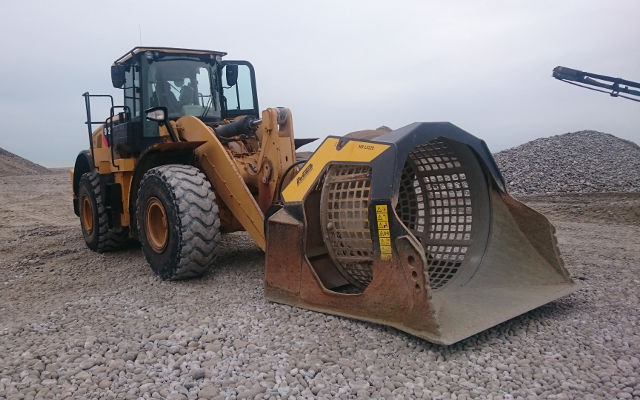 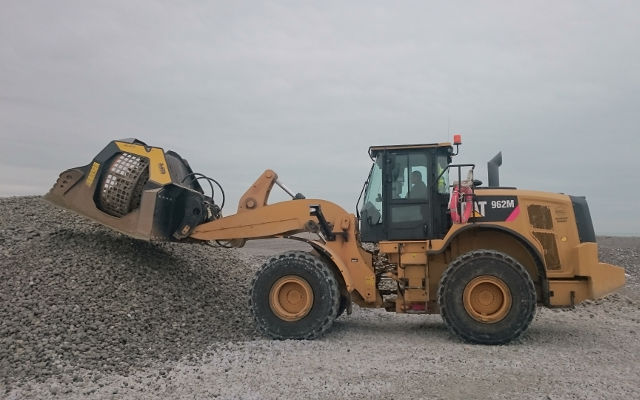